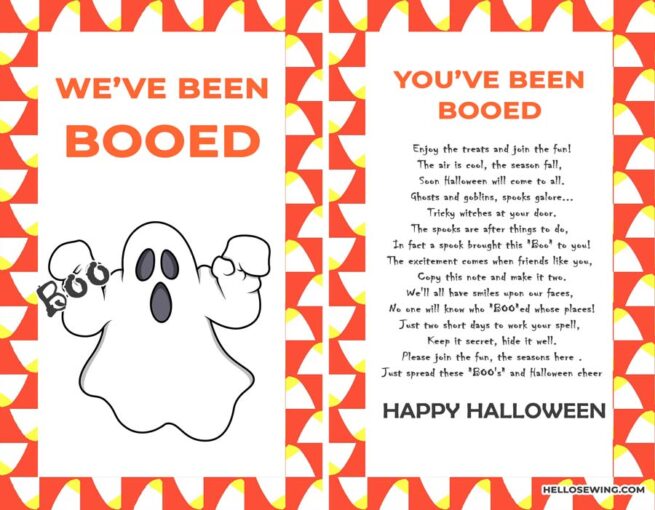 You’ve Been Booed with Free Printables

This time it’s not sewing project that we have for you, but instead a “You’ve been Booed” set of free Halloween themed printables, with all the instructions, that you can include with your boo baskets. Of course, there is nothing to stop you going through our various tutorials and making something to include in the boo basket… As fall sets this is the time to share some of the bounty of the year with friends, family, neighbors, teachers, children in orphanages, the elderly living alone or in old-age homes, and even those living in their cars or on the streets.

What is Booing and when did it start? 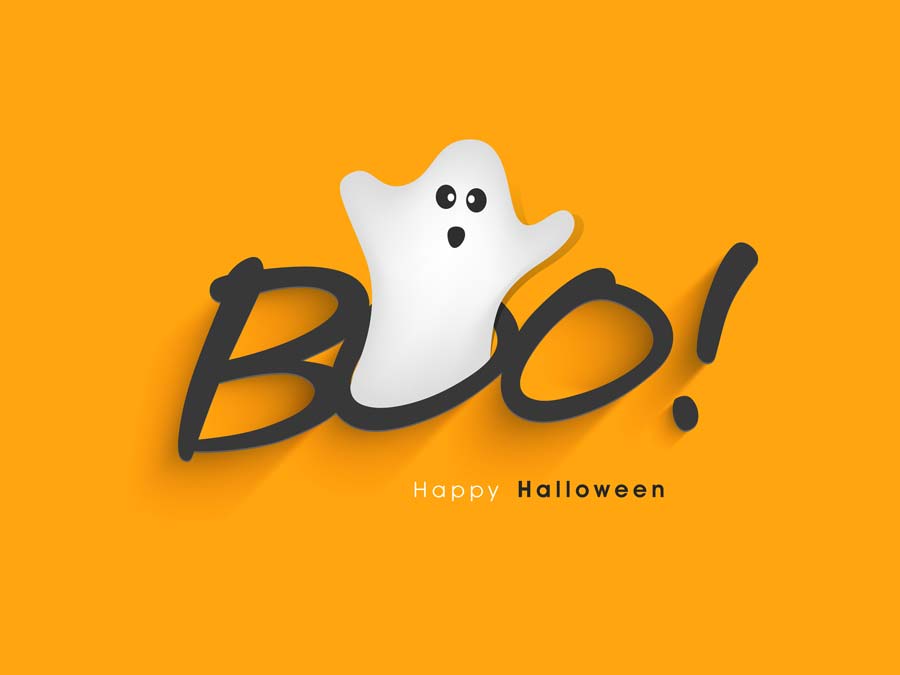 This Halloween tradition is rather a cute one, where you anonymously drop a little gift basket on the porch of a friend or neighbor, usually after dark, quickly ring the doorbell and run away before the person opens the door. You can do it in offices, schools, and leave gifts at nursing homes too. The tradition is said to have started in the 1980’s in the US, and the time for booing starts in late September running through until the night before Halloween.

The idea is to spread anonymous good cheer around Halloween, not only for families with children but for older people and even teens and young adults who may otherwise miss out on the whole trick or treating Halloween fun.

The idea is that each person who is booed, is provided with a little tag to hang saying “I have been Booed” on their door, or at their desk to indicate that they have already been Booed and that anyone thinking of Booing them should find someone else, thus spreading the surprises among as many people as possible. Each recipient is also then expected to Boo two people by creating a little gift basket and leaving it on someone else’s doorstep or desk, anonymously.

What do you put in a boo-box?

Any small gifts you think the person will enjoy. Some ideas include, bars of chocolate, a pen or pencil, a dish towel, a packet of pretzels, brownies, homemade biscuits or a pumpkin pie. For animal lovers a treat pack for their cat or dog spreads the happiness even further. Also check through our previous tutorials for ideas like a pencil case, a tote bag, a remote holder, or any one of our creations that uses up small pieces of fabric – especially useful for grandparents and aunts and uncles. 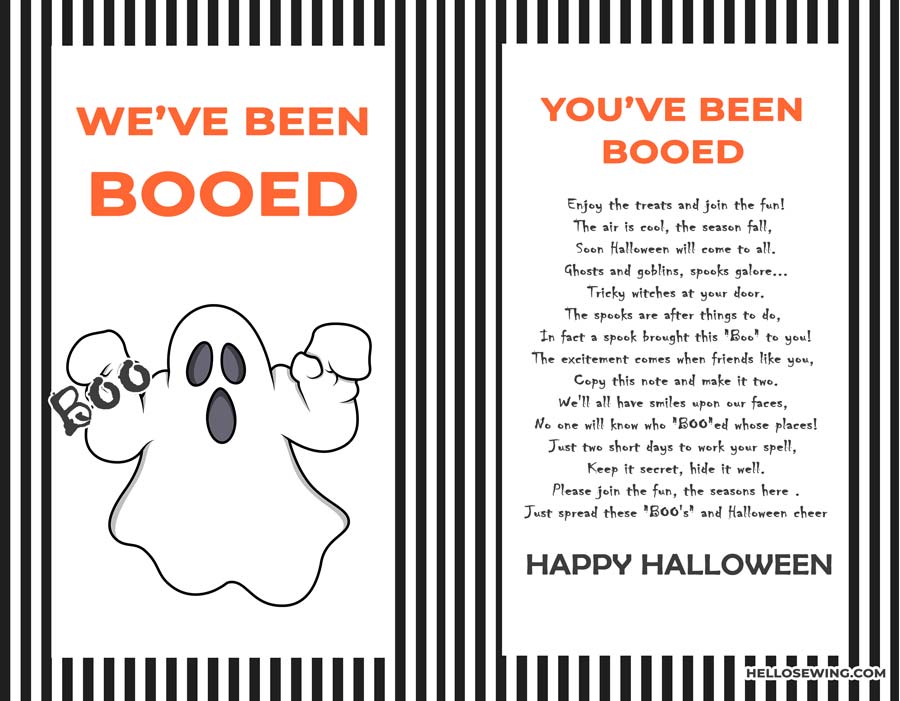 ink-friendly version of the printable

For families I would stick to candy and biscuits, or crackers and cheese, so these can be shared among the members without arguments breaking out as to who a particular item was meant for – unless you are really close to the family and can label each item with the person’s name.

A freshly baked loaf of homemade bread in a reusable bread bag (see out tutorial) will be most welcome, packed together with a small jar of homemade jam, or if the person isn’t into sweet stuff, then a jar of roasted red bell peppers, caramelized onions, olives or pickles.

It would be really nice to drop a little basket with someone who is doing is hard in these trying times, say someone sleeping on the street or in a car. In these baskets we would include necessities like a small comb, a luxury cake of soap, a facecloth, something edible that’s homemade or store bought, as well as some fruit – apples are in season, and maybe a tiny notebook and pen.

What’s in our “You’ve been booed” free printables set?

First, we have a Halloween themed card that says “You have been Booed” that goes on the outside of the container, so the person understands why a strange little basket or box filled with goodies, has landed on their doorstep. This enables them to enjoy their anonymous surprise without thinking it has been delivered to the wrong address. You can write in the person or family’s name if you wish – printing with a felt tip pen so they can’t easily recognize your handwriting. It’s so much fun to keep people guessing!

Second, inside the basket you will place the free printable, in case the person has never been Booed before, which has the instructions to passing the good cheer along. The printable will tell them that they should make up two little baskets or goodie boxes and fill them with treats for someone they know.

Third, include two extra printed “You have been Booed” cards for them to attach to their gift basket. We want to make it as easy as possible for them to pass along the happiness, so rather than them having to print out the card as some people don’t have printers at home, do it for them.

The last printable to go in the container will be the “We have been Booed” card that can be hung on the door, or placed on the desk if a person is in an open plan office, so that everyone knows that the good cheer should instead be passed on to someone else.

GET THE PRINTABLE SET HERE:

There are no hard and fast rules – grandparents may be Booed by various members of the family anonymously – they deserve it. For neighbors though, we want to keep the circle of giving moving so everyone benefits. When leaving gifts for the less fortunate leave out the printable instructing them to pass along the favor in physical goodies, and instead just include a note on the back of the “You have been Booed” card with some good wishes and ask them to bless people they come across with a kind word or deed over the days leading up to Halloween.

If you liked the “You have been Booed” printables then please click the subscribe button for more creative sewing projects and free printable ideas to make life more fun.